“Jamieson Blake, Head of Client Experience at the FCA regulated London based arm of ADS Securities, has resigned from the company, LeapRate has now learned that Mr. Blake has landed – at specialty lending and retail investment firm Basset and Gold, as Head of Relationship Management.

While operating in a different vertical, FCA licensed Basset and Gold also has its roots in the Retail FX sector. Basset and Gold is controlled by UK-Israeli attorney and businesswoman Dina Benzaquen. Ms. Benzaquen is formerly the in house senior counsel for TradeFXL, which at the time was the financial arm of Teddy Sagi’s online gaming giant Playtech PLC (LON:PTEC), which operates the Markets.com Retail FX brokerage. She had also served as as Associate Lawyer and Investigator at the FCA.”

The figure, stated under IFRS 9 reporting standards which take into account bad loans, is an improvement from 0.72 per cent in March.

It is the fourth month of reporting under the new accountancy rules.

The company held a fourth capital raise in April, raising gross proceeds of £100m. Without this, the NAV return would have been 0.63 per cent.

The company said the focus of the coming months will be to execute on “the pipeline of opportunities” and deploy the raised capital.

“The portfolio continues to perform well with strong cash collections and above target net income yield,” it added. It currently has a pipeline of £750m across its three market sectors – property, consumer and small business.The London Stock Exchange-listed investment trust is currently trading on a premium to NAV of 9.37 per cent.”

FT Adviser looks at 10 things that might cause financial meltdown.

“Financial meltdowns are generally not caused by completely unexpected shocks.

Typically, warning signals are visible to those close to the action who know where the fragilities are. The problem is we may not know how to act pre-emptively, or don’t want to move first for fear of disproportionately adverse outcomes for our business, sector, or nation.

As futurists, our role is to help leaders address these issues by exploring the factors shaping the future, thinking the unthinkable about potential shocks, and examining how these might all combine into different scenarios.

Here, we focus on potential shock factors that could combine and accelerate, leading to a financial Armageddon scenario. We go on to explore actions financial advisers can take to help prepare and protect their clients.”

2) The rush to FinTech

4) Escalation of armed conflict and instability

Ten things that could cause financial Armageddon

Sherman Lee, a partner in Zeroth AI bogs on decentralised banking in Forbes.

“Since the rise of cryptocurrencies, the term "decentralized" seems to be everywhere. Decentralization has been proposed in many industries as a way to heighten transparency and make transactions simpler. One field in particular which has shown great potential for the application of decentralization is money lending. As many might rightly ask, don’t we need banks who are willing to take the financial risk and approve loans? As it turns out, maybe we don’t.

Coined in the wake of the cryptocurrency boom, decentralized lending or decentralized banking has become possible only in the last 5 years. Blockchain enables these transactions to take place without intermediaries.

Decentralized lending platforms, at their essence, provide loans to businesses or the public. Regular banks offer this too, but the major difference with decentralized lending is that less or even no intermediaries are present. Replacing the traditional banking system where the bank acts as a trusted party with smart contracts and P2P (peer-to-peer) services is groundbreaking.

Peer to peer lending isn’t a new concept. Before we had banks, this was how loans and the subsequent repayments were handled. Eventually, P2P lending gave way to big money lending institutions–perhaps due to diminishing trust in individual lenders–which provide an extra layer of protection but with it come high fees and slow processing times. However, we’ve recently seen P2P lending reintroduced with a project called ETHLend. On this lending platform, you can put up any ERC-20 tokens and borrow ETH. The loans are based on smart contracts on the Ethereum network. Borrowers and lenders directly work with each other and set terms.

Blockchain technology could also breathe new life in peer-to-peer based lending and propel it to new heights. Due to the very nature of how the technology behind blockchain operates, trust and access to funds become much less of a problem. SALT lets you leverage your crypto assets to secure cash loans. Lenders are matched with borrowers via the lending platform. There is a loan application process which is centralized.

Another form of decentralized banking has emerged as well, one which doesn’t necessarily see a world without banks, but rather, a world in which the major banks are just one of the many possible asset lenders. Currently spearheading the decentralized lending push is a company called Libra Credit. Libra operates like other lending platforms, but offer a few key differences such as diversified sources of funding, collateral-based assessment, and an in-house crypto-exchange.”

Croedfundinsder reports a contribution to the debate on regulating cryptos from an SEC commissioner.

“Earlier this month Hester Peirce, a commissioner of the SEC, delivered a powerful speech in LA that bodes well for the future of cryptocurrency regulation. She addressed the challenges she faces as a regulator of the financial sector, and shared her own philosophy regarding initial coin offerings (ICOs).

Likening the role of a regulator to that of a lifeguard, Ms. Peirce described the role of the SEC as stepping in only when necessary, not watching the “sandcastle builder’s every decision.” She instead encouraged curiosity in the regulatory approach to ICOs, stating that the SEC “must put in the effort the learn about these new technologies.” 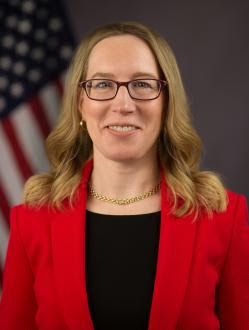 Warren Buffet offers the quote of the month so far, as reported in Crowdfundinsider. Buffet’s recent remarks are critiqued here:

“Recently during a television interview, world-renowned investor and well-known Bitcoin cynic Warren Buffet described Bitcoin as “rat poison squared”. Buffett made the comment while responding to questions about Bitcoin’s meteoric and highly-publicized growth in the last five years.

It would be an easy matter to laugh the comment off were he merely highlighting the many issues that currently plague the industry – scams, unfaithful actors, and so many projects in development being led by inexperienced teams without the ability to ultimately deliver on their promises to investors.

Buffet, however, took aim at the fundamental quality of cryptocurrencies themselves with a broad brush, suggesting that – like gold – cryptocurrencies are intrinsically worthless because neither asset produces earnings or dividends for investors the way that stocks do. He suggested that their only value derives from a frenzy of speculative trading, where each person buys only in the excited expectation that someone else will want to buy it from them for the same reason. In other words, a Ponzi scheme.

And what do I think is wrong with that assessment?

Well, not a lot. In fact, I have echoed this same criticism ever since I became involved in the industry in early 2014. I have always praised investing by fundamentals and have structured my own ventures to deliver that fundamental value rather than to draw speculative, unsustainable hype.

Buffet has a blind spot, though, as his criticism about fundamental value is only accurate for most of the current generation of cryptocurrencies – not all of them.

He is unfamiliar with digital currency models designed with fundamental value in mind. One example would be a digital currency that at least partially anchors itself to earnings and equity from a real-world business ecosystem that provides services central to the currency and industry’s success. A unique business-led concept that makes the most of a design where growth in either the currency or the supporting business ecosystem propels growth in the other within the symbiotic relationship.

This may sound similar to the recent runaway trend of Initial Coin Offerings (ICOs), and it is indeed possible that they too may one day evolve to satisfy Buffet’s scrupulous eye for fundamentals when the industry matures, and developers register projects with the SEC and offer real equity to investors. That is, of course, if investor benefit is truly their goal. There are, however, two crucial differences between a supporting business ecosystem model and the modern ICO.

First, the scope and potential growth trajectory of a supporting business ecosystem is much greater than that of an ICO.

While there are many ways to structure an ICO, most ICO tokens that I’ve seen to date only function as vouchers for payment on apps that developers promise to build in the future.

Sometimes this is in combination with a small percentage of fees earned by that application being paid back to token holders. The startups behind these applications will most likely remain trapped by the niche business they created their cryptocurrency token to support in the first place – their most basic obligation to their investors.

On the other hand, were they to use that investor capital or new investment to develop new applications, the original financiers are unlikely to have any claim to the benefits from those expansions unless voucher-style tokens were built into the new application, or a dividend-equivalent token appended to business earnings rather than to the subsidiary application’s blockchain. Otherwise, the start-up would, in effect, be abandoning those earlier investors.

By contrast, a supporting business ecosystem will continue to expand its services, product mix, and subsidiaries (including those not directly related to crypto) to rapidly scale in the pursuit of value and growth for investors and the currency. ICOs are cryptocurrencies created to support a business. A supporting business ecosystem is a group of businesses created to support a cryptocurrency.

No Initial Coin Offering. Not a security. No money taken from the cryptocurrencies holders. Instead, the equity is gifted by the team that manage both the currency and supporting business ecosystem. That might sound like a radical point of difference, but really it is just an innovative business model.

Charitably, Mr. Buffet either simply doesn’t understand or does not yet appreciate the new and innovative business models that are being created in the blockchain economy. 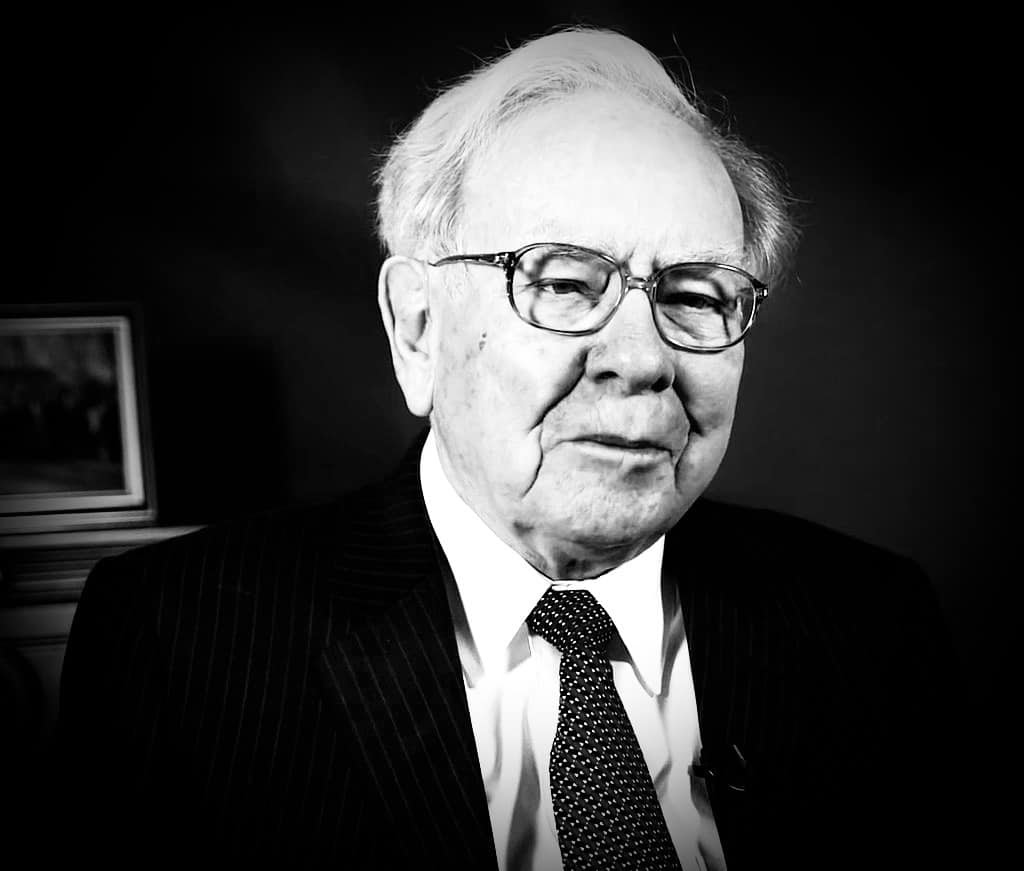 “Pune-based fintech startup EarlySalary has acquired CashCare, a consumer lending platform where short-term loans are provided on a real-time basis for an undisclosed amount.

According to reports, following the deal, CashCare founder Vikas Sekhri will be joining the EarlySalary team.

Commenting on the acquisition, Akshay Mehrotra, founder of EarlySalary, said, “We have paid a small amount for the platform; the rest we are getting the tech team of CashCare to join our company, which is the biggest positive of this move. We also get all the merchant partners of CashCare with us through the acquisition, which will help us scale up the product fast.”

Founded in 2015 by Akshay Mehrotra and Ashish Goyal, EarlySalary is a mobile-first lending platform. It provides salary advances and instant cash loans based on a smart risk scoring system. These loans are similar to salary/cash advances or credit card cash withdrawal.”

‘Singapore based Huobi Group, a crypto exchange and blockchain solutions provider, has appointed the former OKEx CEO, Chris Lee as Board Secretary and Vice President of Global Business Development. Lee will be leading Huobi Group’s global M&A strategy and oversee the development of international teams.

Leon Li, founder and CEO of Huobi Group, said his company was making major investments in the global blockchain and digital asset ecosystem. He said Lee’s ability will help them “capture this blue ocean opportunity.” Established in 2013, Huobi has operations across the entire Blockchain value chain including a reported cumulative trading volume US$850 billion.

Huobi says that in the last two quarters the scale of digital asset investment funds has increased drastically alongside new alliances in the global ecosystem that aims to promote the widespread adoption and integration of blockchain technology.” 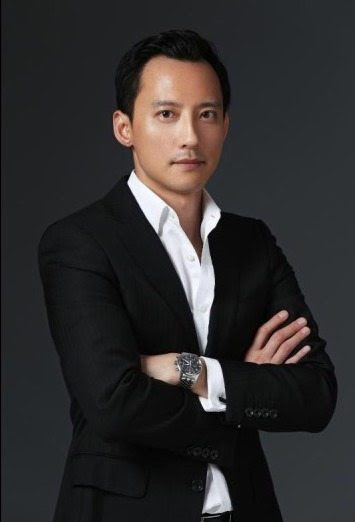 Your easy-to-read digest of what's new in Equity, P2P, Fintech and SME Funding.

It's free to register.

Copyright © 2020, Another Crowd. Designed by Devsaran.